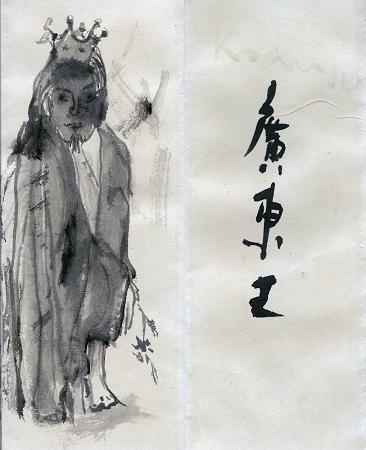 I was born in Foshan but my family originally came from Sihui. The Pearl River Delta has always been blessed with weather conducive to good crops, thereby making it the agricultural foundation of the Asian continent; or, as the old saying goes, “the best is found at the bottom”. Local production is extremely abundant. Emperors or kings have never been lacking: the first being Zhao Tuo, King of Nanyue, who was sent to Dayu Mountain by the First Emperor of Qin. During the Tang Dynasty, Huineng, the Sixth Patriarch of Zen Buddhism was born in Sihui. In the final years of the Song Dynasty, Zhaoqing served as their capital for sixty years. In the final decades of the Qing Dynasty and at the beginning of the Republic, this area produced even more successive kings and persons of prominence: during the Taiping Rebellion, there was the Heavenly King, Hong Xiuquan of Hua County; “Fu Wang (Assistant King)”, Yang Fuqing of Jiaying; the Wing King, Shi Dakai of Xingning; and the South King, Feng Yunshan also of Hua County. These were later followed by Sun Yat-sen of Xiangshan, Provisional President of the Republic of China; Tang Shaoyi of Zhuhai, Prime Minister of the Republic of China; Wang Jingwei of Sanshui, Chairman of the Nationalist Government; Chen Gongbo of Nanhai, Acting Chairman of the Nationalist Government; Soong May-ling of Nanhai, First Lady of the Republic of China; Soong Qin-ling, Head of State of the People's Republic of China; Ye Jianying of Meizhou, General and a member of the Military Commission; Tsang Tsou Choi, “King of Kowloon”; Bruce Lee of Foshan, “King of Kung Fu”; and Samuel Hui of Hong Kong, “Emperor of Workers”…Even personages from other provinces, such as Chiang Kai-shek, Mao Zedong, Ho Chi Minh, and Deng Xiaoping, all utilized the land and talents of Guangdong, i.e. by establishing a military school, opening a Peasant Movement Institute, marrying a Cantonese wife, and initiating the Special Economic Zone, as well as putting into action the “one country, two systems”; all of which became successful and renowned. The above shows that though Guangdong has produced many emperors or kings, we have yet to find a “King of Guangdong”. Now is the time for Hong Kong’s Hanart TZ Gallery to fill this gap.